This post is prompted by a number of things that have left me pondering how as Christians we are to bring about change in our churches.  When we strongly believe in an issue of justice and yet find that opposed. It is one thing to fight for justice against a government or institution, but what if the struggle is within your own institution? Indeed among the very people who share the faith that inspires our desire to see change? When those we oppose are our brothers and sisters in that faith?

The Church of England, which I am a part of, has just allowed women to be bishops. This is follows efforts to bring around an acceptance of women as ministers and bishop that has spanned several decades. At various points through our synod system in which three houses of lay people, priests and Bishops must all support any change by a 2/3rds majority the move was almost made and then lost by only one group note voting in favour by a big enough margin. In reality for years a minority stopped the change that most desired. And yet now we have finally got there. Are there still those opposed? Yes, and not without controversy most have stayed in the church but with provision made for them whilst acknowledging that women are now bishops to largely avoid their ministry. It is still too early to know how this compromise will work, but for now it is working. Those who strongly disagree are finding some way forward together, if it is yet still a fragile path.

The issue of equal recognition for those in same sex relationships and equal marriage is much further back. There is a strong growing voice seeking change but at present in the church structures this is a minority voice. Amid strong feelings on both sides the church is trying to facilitate what it is calling ‘good disagreement’. http://www.telegraph.co.uk/news/religion/10600411/Church-of-England-bishops-we-agree-on-one-thing-that-we-cant-agree-on-homosexuality.html The hope is that those on differing sides of the discussion can listen to each other and find some place of understanding those and acknowledging the faith of those whom they disagree with. I have recently been part of an informal online discussion seeking to put this into practice.  It has not been easy! On the one hand are many who have been marginalised, rejected and deeply wounded because of their belief that they are called to be Christians in same sex relationships. Many of these are angry and don’t want to hear anymore the words and attitudes they have faced. On the other people who believe that the acceptance of same sex relationships is a fundamental abandonment of morality.  With such a backdrop it was perhaps no surprise if some of the disagreement was anything but ‘good’. Indeed from both sides there a voices suspicious that ‘good disagreement’ is just an attempt to brush the issue under the carpet. There are also those on both sides who think the only solution is for the church to split. The only way forward for us not to be in the same church. Indeed it is clear some on both sides can no longer really accept that the others are even Christian. Moving on to a place in which change might happen and this find support with provision for those who disagreed so they could remain together seems at best a long way off, let alone good disagreement. In spite of this there was also much good from many people of all positions in that discussion and therefore some hope. 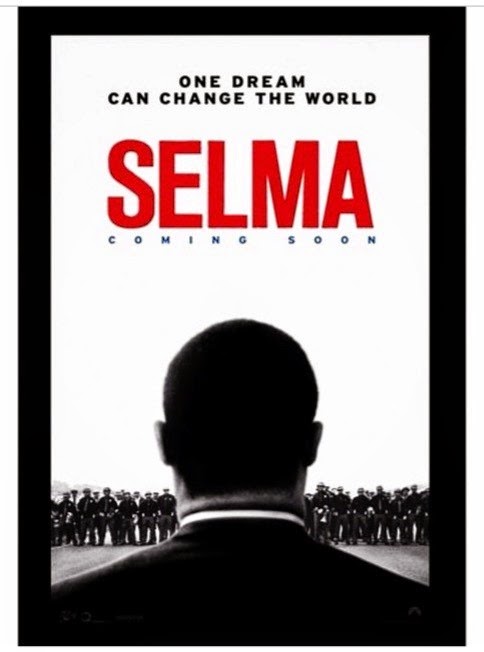 Working for change is not easy, indeed it can be very costly and take great courage. The film Selma, about the US Civil Rights Movement, has been showing recently in the UK. The trailer poster boldly proclaims ‘one dream can change the world’. This connects us to one of the 20th century’s great speeches, Martin Luther King declaring ‘I have a dream…’ This is full of famous passages often quoted and played, indeed even used in pop songs. We remember it not just for the great rhetoric, but because it encapsulates a way of working for civil rights that was both prepared to have courage and yet also sought peaceful change. A terrorist movement was a real alternative.  When King gave that speech in Washington in 1963 he had already been campaigning for desegregation for 8 years. In 1964 this led to a bill ending desegregation in the south but on the ground in many places it was not implemented. The Selma marches that the film is named after happened in response to segregation in 1965. King was still campaigning when he was shot dead in 1968.

I wonder what King would say to those who dream of justice in our churches and the end of segregation on account of sexual orientation? Perhaps these words from that speech are ones that he might echo?

‘There will be neither rest nor tranquillity in America until the Negro is granted his citizenship rights. The whirlwinds of revolt will continue to shake the foundations of our nation until the bright day of justice emerges.

But there is something that I must say to my people, who stand on the warm threshold which leads into the palace of justice: In the process of gaining our rightful place, we must not be guilty of wrongful deeds. Let us not seek to satisfy our thirst for freedom by drinking from the cup of bitterness and hatred. We must forever conduct our struggle on the high plane of dignity and discipline. We must not allow our creative protest to degenerate into physical violence. Again and again, we must rise to the majestic heights of meeting physical force with soul force.

The marvellous new militancy which has engulfed the Negro community must not lead us to a distrust of all white people, for many of our white brothers, as evidenced by their presence here today, have come to realize that their destiny is tied up with our destiny. And they have come to realize that their freedom is inextricably bound to our freedom.

And as we walk, we must make the pledge that we shall always march ahead.

We cannot turn back’.

It is King’s passion not to give up, yet to go on embracing those who would oppose, even with violence that gives the ‘soul force’ to his dream. The realisation that they cannot walk alone, and yet cannot turn back. This is a hard road and one that must at times have seemed intolerable, but it is the road that reflects the one who called us to love our enemies and do good to those who hate us, let alone when we feel those are members of our own family of faith.

Good disagreement? As part of learning to understand and love the other perhaps. As a long term solution? No. yet revolution cannot be the answer either, the overcoming or expelling of the other is not an option for those who follow Christ the one who seeks to reconcile and include all. And so with King we are called to the slow and painful path that does not turn back, but seeks to draw all together not through violence or power, but with love and a strong belief that we truly are brothers and sisters in Christ.

Below is a link to Martin Luther King’s speech in full, it remains well worth reading.

Steve
Sutton Coldfield, W Midlands, United Kingdom
i work freelance as a researcher in religion culture church planting and mission as well as being a part-time tutor for an Anglican mission agency called the Church Army. my research is about enabling the church to communicate effectively with the increasing numbers who have no church background. this is about what is traditionally called evangelism, but my role is about thinking beyond such traditions! indeed exploring evangelism as a journey of discovery between seekers accross many faiths and spiritual traditions to which i bring my own christian tradition, and not about bible bashing, street preaching or a door to door selling approach. i am married to a church of england priest who works in St Albans, which is why i live here even though my my Church Army office is in Sheffield.